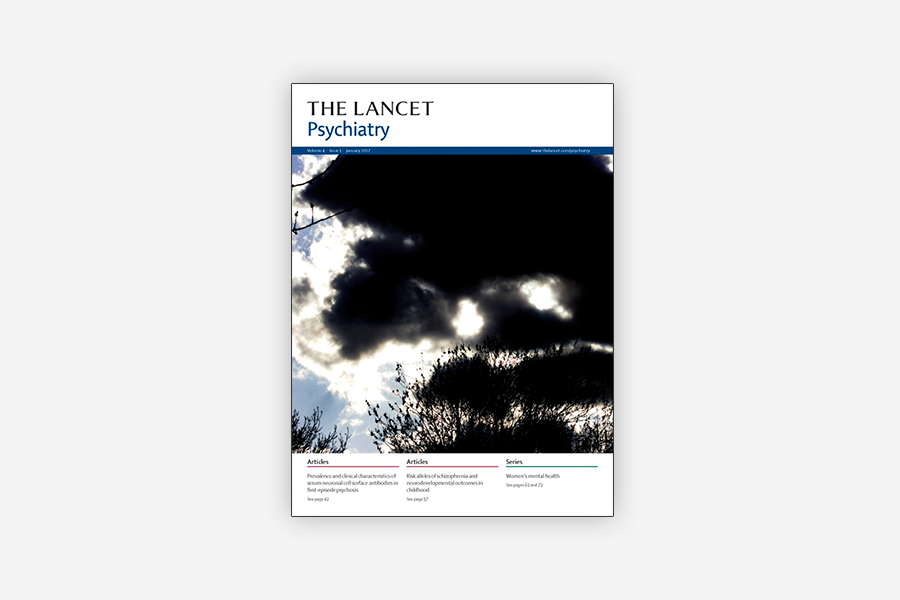 Psychosis is a common presenting feature in antibody-mediated encephalitis, for which prompt recognition and treatment usually leads to remission. We aimed to investigate whether people with circumscribed schizophrenia-like illnesses have such antibodies—especially antibodies against the N-methyl-D-aspartate receptor (NMDAR)—more commonly than do healthy controls.

We recruited patients aged 14–35 years presenting to any of 35 mental health services sites across England with first-episode psychosis, less than 6 weeks of treatment with antipsychotic medication, and a score of 4 or more on at least one selected Positive and Negative Syndrome Scale (PANSS) item. Patients and controls provided venous blood samples. We completed standardised symptom rating scales (PANSS, ACE-III, GAF) at baseline, and tested serum samples for antibodies against NMDAR, LGI1, CASPR2, the GABAA receptor, and the AMPA receptor using live cell-based assays. Treating clinicians assessed outcomes of ICD diagnosis and functioning (GAF) at 6 months. We included healthy controls from the general population, recruited as part of another study in Cambridge, UK.

Between Feb 1, 2013, and Aug 31, 2014, we enrolled 228 patients with first-episode psychosis and 105 healthy controls. 20 (9%) of 228 patients had serum antibodies against one or more of the neuronal cell surface antibodies compared with four (4%) of 105 controls (unadjusted odds ratio 2·4, 95% CI 0·8–7·3). These associations remained non-significant when adjusted for current cigarette smoking, alcohol consumption, and illicit drug use. Seven (3%) patients had NMDAR antibodies compared with no controls (p=0·0204). The other antibodies did not differ between groups. Antibody-positive patients had lower PANSS positive, PANSS total, and catatonia scores than did antibody-negative patients. Patients had comparable scores on other PANSS items, ACE-III, and GAF at baseline, with no difference in outcomes at 6 months. 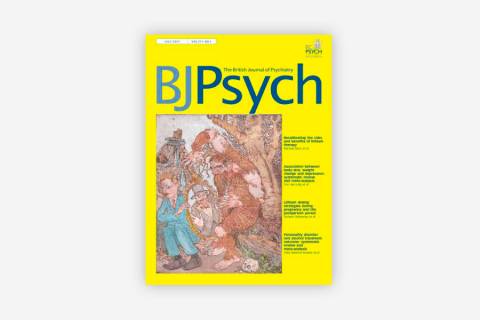 Remission and recovery from first-episode psychosis in adults: systematic review... 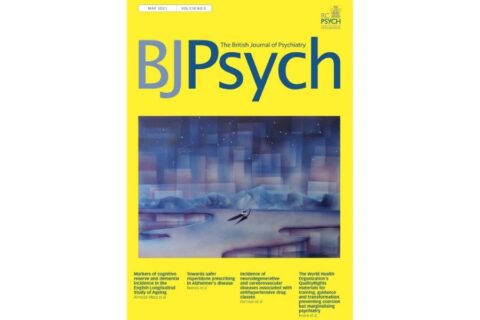 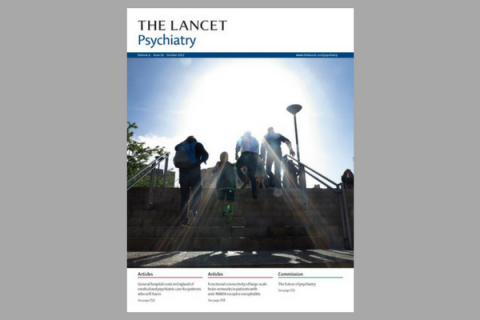 Avatar therapy for auditory verbal hallucinations in people with psychosis

Cancer mortality in patients with schizophrenia: systematic review and meta-analysis